In 2010, I began a project photographing San Francisco’s Chinatown. I was drawn to Chinatown’s physical and visual density of buildings, storefronts, signs and symbols, and an ever-present cultural collision of East and West. For me, those elements could best be explored in black and white, which can focus on the essential elements of light and shadow, image and meaning.

I purposely avoid including people in these Chinatown pictures, although their presence is ubiquitous. I also avoid cars and street action, which helps make the images free-floating, without reference to a particular period or era. I try to achieve a sense of anticipation in these photographs, with indirect references to the human presence: signs, symbols, graphic portrayals, and architectural elements such as open doorways and corridors, as well as framing strategies where foreground objects loom around the edges of the picture.

I rarely photograph direct sunlight, preferring the subtleties of skylight, which filters down between the buildings. I shoot mainly in the early hours of the day to get that unique quality of early morning light. An added attraction to shooting early in the day is that there is less street traffic. 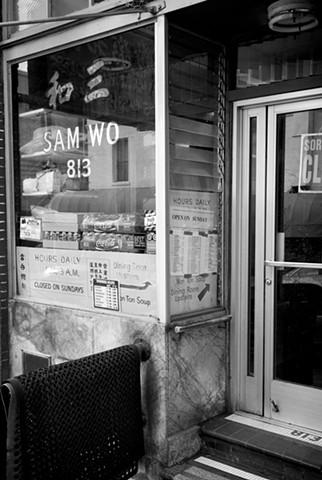 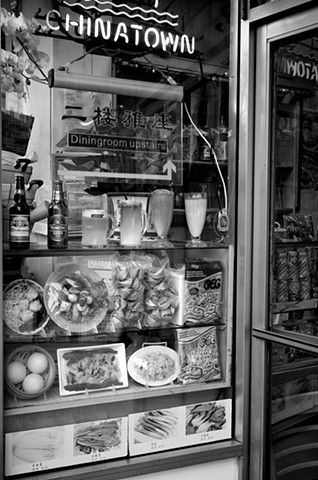 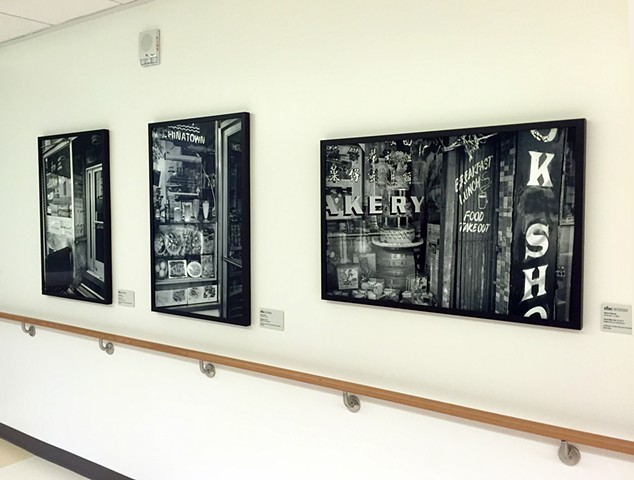 Installation view: "Sam Wo," "Sample," "Food Take Out"
Photographs printed on aluminum
Each 25in x 37in 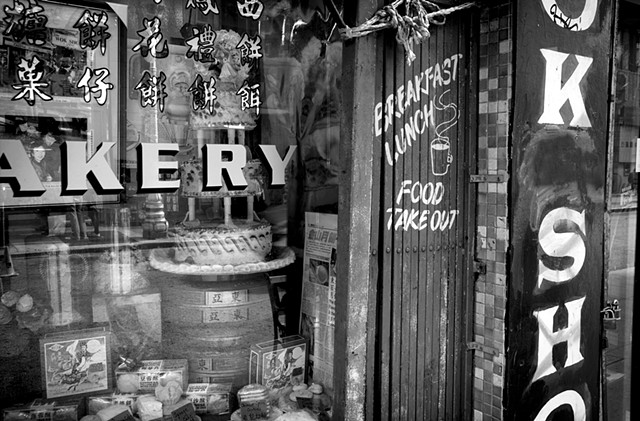 Food Take Out
Archival pigment print
17in. x 21in. (framed) 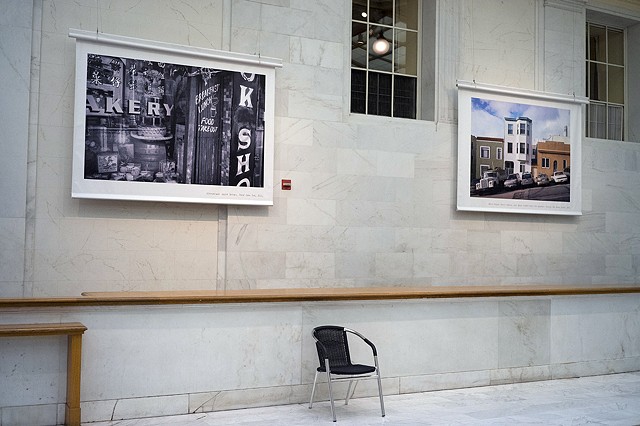 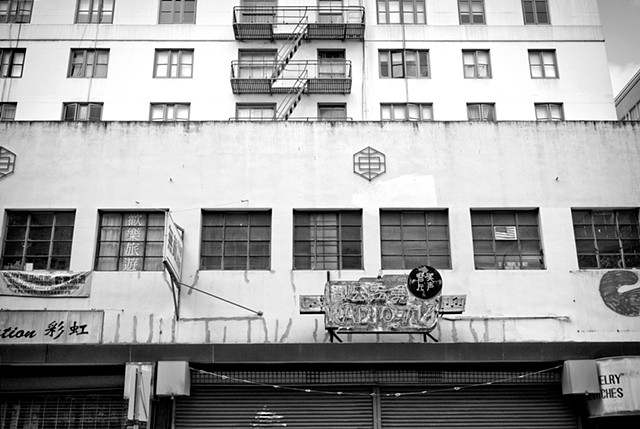 Anna May
Archival pigment print
17in. x 21in. (framed) 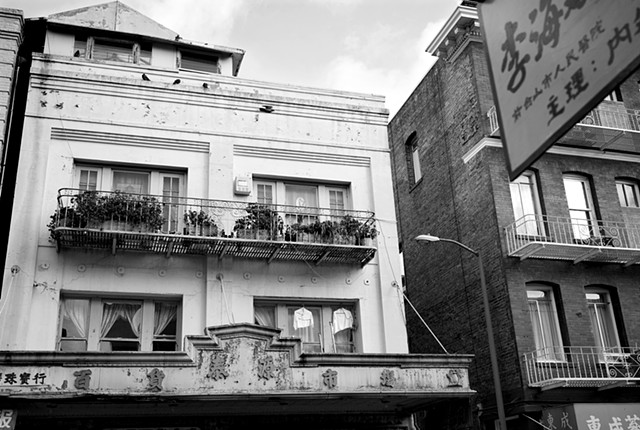 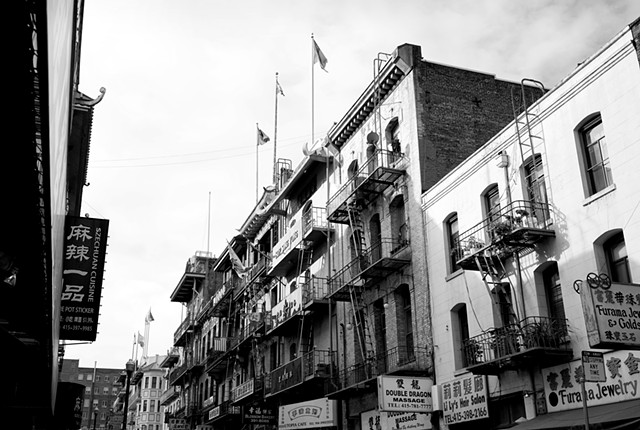 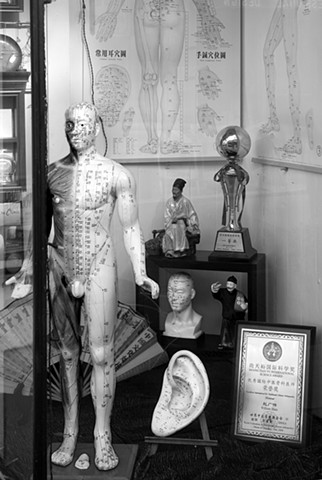 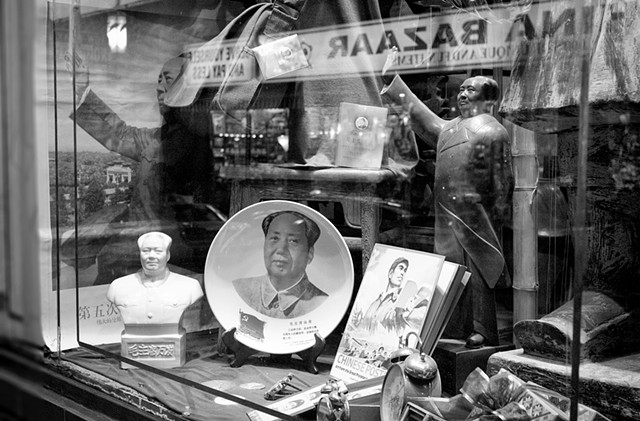 All the News
Archival pigment print
17in. x 21in. (framed) 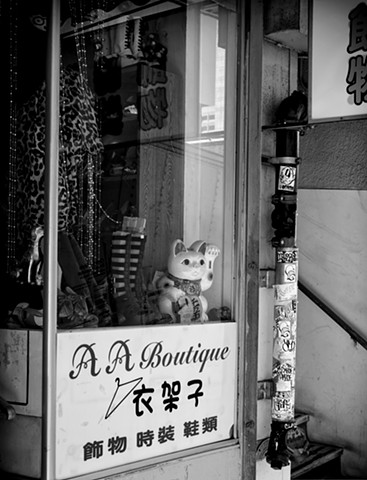 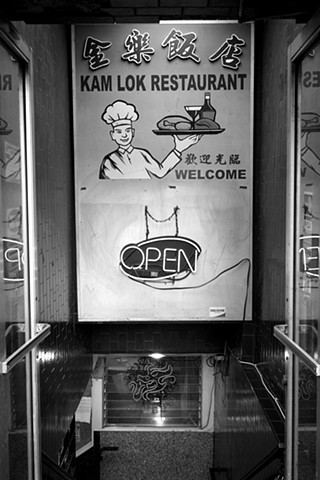 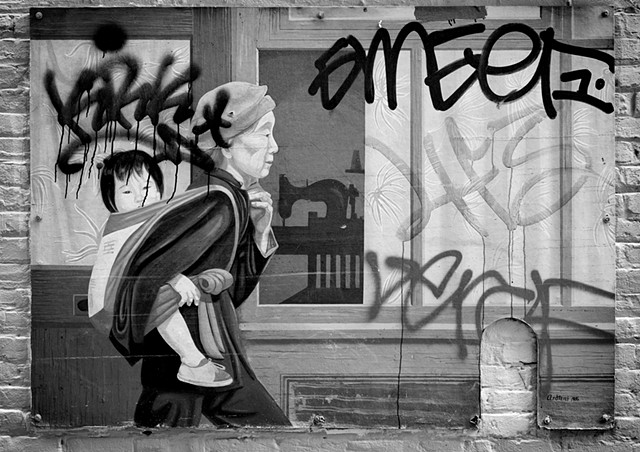 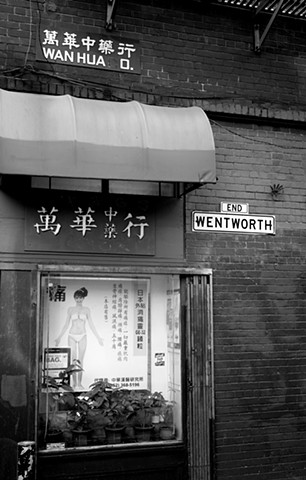 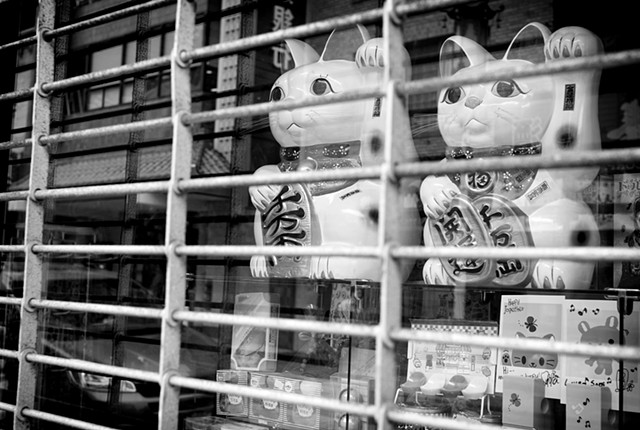 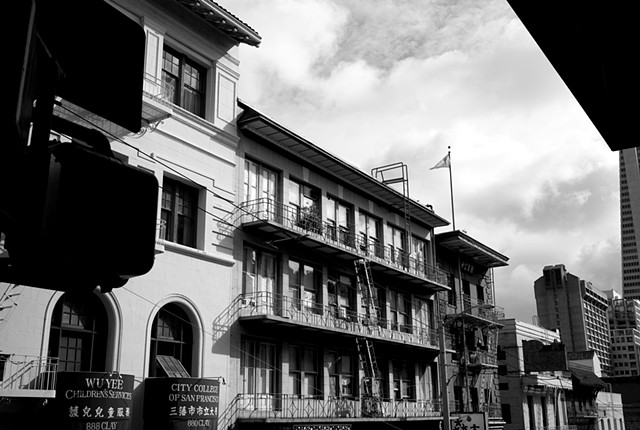